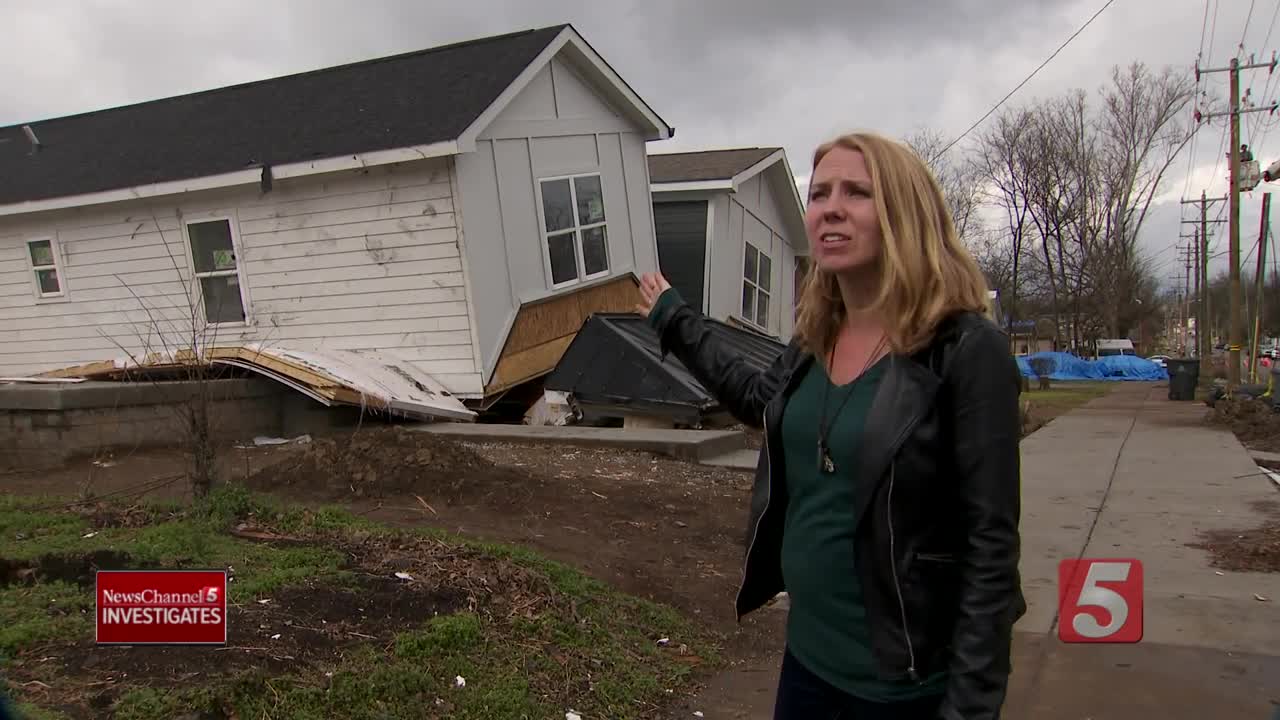 Residents and council members raise questions about damage to some newly constructed homes following the tornado. 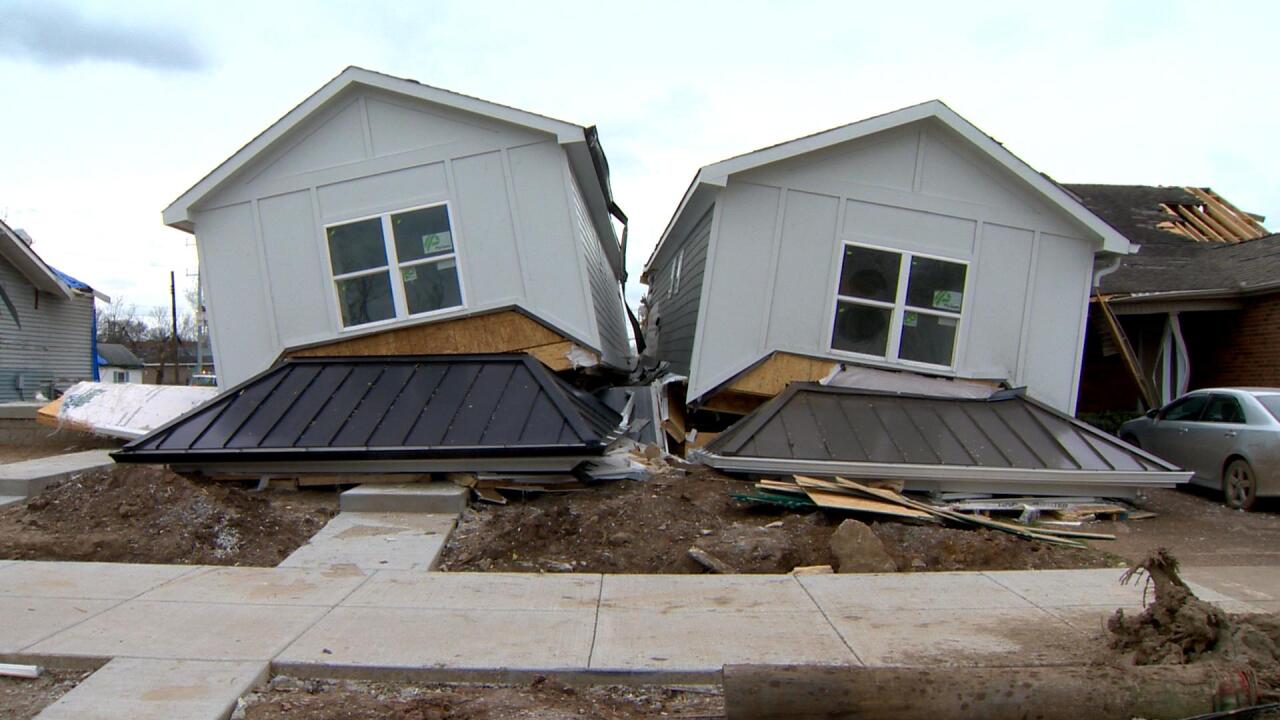 That standard is on par with the state and most counties in Tennessee.

"We already had that in the works prior to the storm, but this may push it along more quickly," Herbert said.

People in some of the hardest hit neighborhoods are concerned about the damage they have seen to newly constructed homes.

Her home is right beside two newly built "tall and skinny" homes that were flattened by the tornado.

"Anyone seeking shelter on the first floor would have been utterly crushed in an instant. Thank God there was no one living there yet," Krinks said.

She said the tall and skinny homes would likely have sold for more than $350,000 each.

The builder told NewsChannel 5 Investigates the homes passed all codes inspections, but they had open floor plans, which led to less support.

"You can see the difference between this build," Krinks said as she pointed to the new tall and skinny homes, "and the older builds that have more foundation work."

The older homes did not collapse.

Down the road we found a newly built home that had the entire third floor blown away.

North Nashville Councilman Brandon Taylor said he is most focused on getting electricity back to residents right now, but he wants to look more closely at building regulations before the city starts rebuilding.

"We had some damage to some fairly new homes that we didn't expect to see," Taylor said.

"I'm glad you brought it up. It's something that I have been thinking about," Taylor said.

Currently Metro and most other Tennessee counties have adopted International Building Codes from 2012 - which require buildings to withstand 90 mile per hour winds.

"Those are the codes that we are enforcing. The Metro Council adopts these codes and we enforce the laws," Herbert said.

But 2018 International Building Codes require buildings to be stronger and withstand winds of 115 miles per hour.

Herbert said it is unlikely any house can withstand a direct hit from an EF-3 tornado.

But Lindsay Krinks said just look at the houses that were hit - too often the newest ones had some of the worst damage.