Students at damaged Metro schools will be moved starting Monday 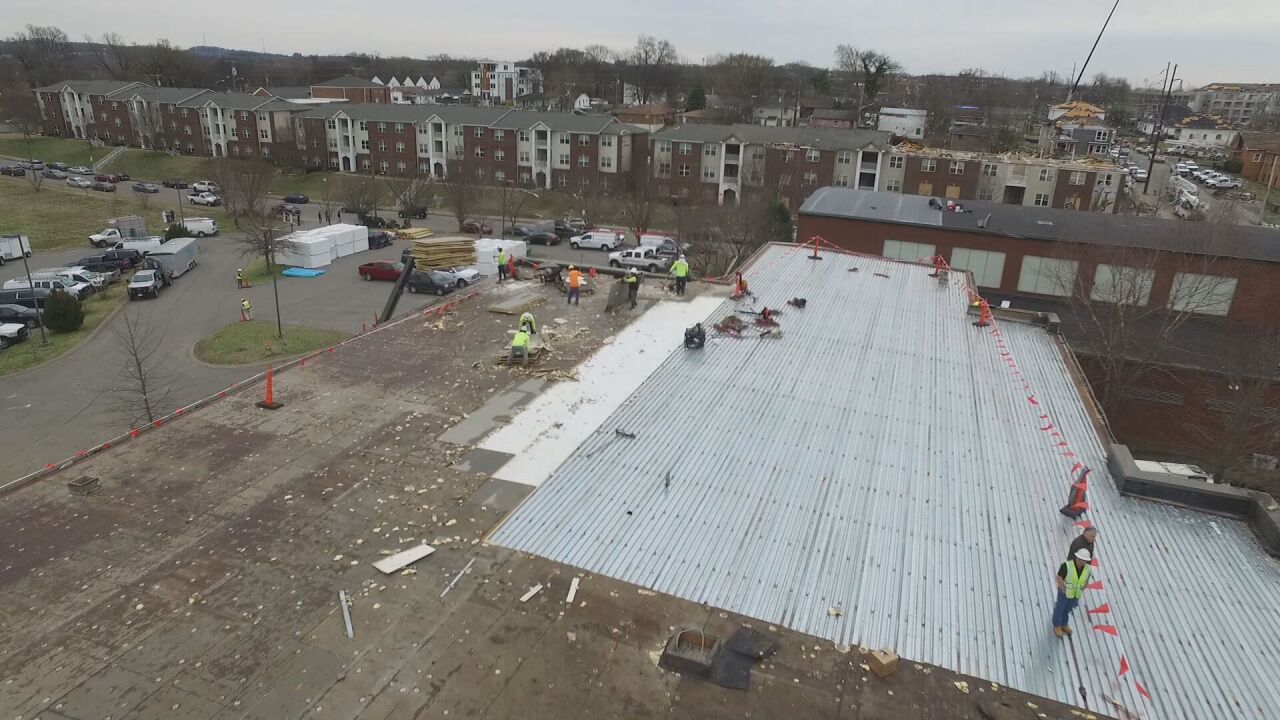 NASHVILLE, Tenn. (WTVF) — Students at two Metro Nashville Public Schools that were significantly damaged during Tuesday’s tornado will be moved to other schools starting Monday.

MNPS has announced that schools will be closed for the rest of the week. Students, faculty and staff at Robert Churchwell Museum Magnet Elementary School and Meigs Magnet Middle School will have to temporarily relocate.

Interim Director Dr. Adrienne Battle said Thursday that Robert Churchwell elementary had the most damage. Students will be moved to Park Avenue Enhance Option, which is the closest school that has the physical capacity to hold additional students.

Metro Schools said it had already been working on a plan to consolidate Jere Baxter and Gra-Mar Middle Schools at the Jere Baxter facility starting in the 2020-21 school year. A community meeting is planned for Thursday from 6 p.m. – 7 p.m.at Jere Baxter to talk about the consolidation with families and answer questions.

Gra-Mar students and families can come to the school between 10 a.m. and 2 p.m. Friday to remove textbooks, personal items and other materials from their lockers.

Meigs will continue to start at 8 a.m. and end at 3 p.m. at Gra-Mar Middle. Parents will be able to drop their students off at the school via Gra-Mar’s car rider line.

WeGo Public Transit will be operating a bus that will take Meigs students from Music City Central to Gra-Mar Middle from the same bay (7) and time they currently leave.

MNPS staff will be moving items in Meigs students’ lockers to Gra-Mar as soon as possible. They asked that students, parents and teachers be patient as some items may not be available immediately.

Lockeland Design Center Elementary was also damaged during the storm but will re-open Monday morning after repairs are completed and power is restored.