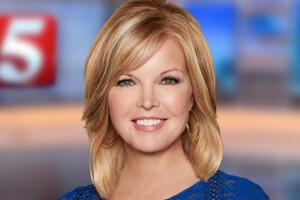 Amy Watson is a 5 time Emmy Award winning Anchor/Reporter who grew up just across the Tennessee border in western Kentucky in Murray. She attended Murray State University and graduated with a Bachelors of Arts in journalism, with minors in political science and German.

In her career, Amy has had more than a dozen Emmy nominations. She's earned Associated Press awards for news writing and special projects including "First Place for Short Light Feature" in 2018. She has also earned a national RTNDA award for "Best Feature".

The Best of Nashville honored her recently with "Best TV Personality" and "Best Reporter" of 2018 . She has also earned top honors for Readers' Choice, Toast of Music City "Best Local TV Anchor/Reporter in 2017.

Her four favorite trophies are at home - Aaron, Sarah, Anna and now grandson, Graham. Amy has been married to her husband, Derrick, since 1993.

Not only is Amy an award-winning anchor and reporter, she is also a published children's book author. Her first book, "Hairdresser's Baby," was released in 2003.